We have much to learn from the West Virginia Teacher's Strike 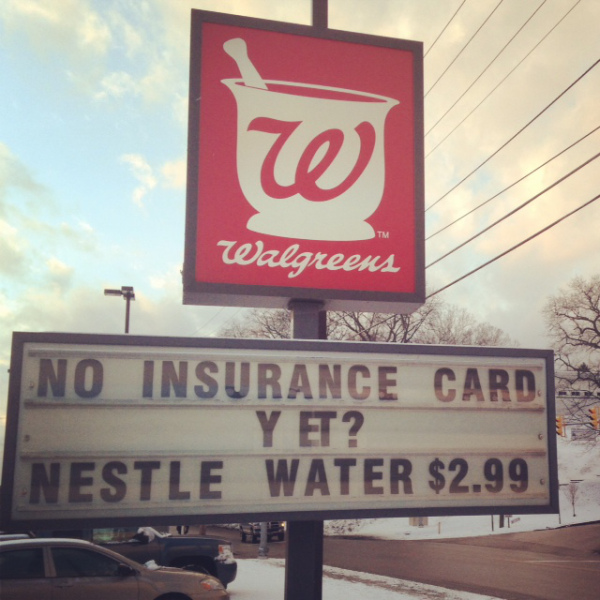 The West Virginia Teacher's Strike inspired a number of articles from single payer advocates inside and outside the state. Writing for Jacobin, Cathy Kunkel said:

"The underfunding of public employee health insurance is not a problem unique to West Virginia. Labor militancy around this issue could ultimately pave the way for a national Medicare-for-All solution. West Virginia teachers and service personnel have not focused on federal policy yet, but the PEIA issue will not be going away as long as medical and drug costs continue to skyrocket."

The surprise victory of the teacher's strike against a Trump-like governor shows us that we have more to learn from our sister state than the other way around. As an organizer, I have a long history with social movements in West Virginia. In 2011, I wrote my Master's dissertation on the strength of a decades-old environmental movement in remapping Appalachian labor history and identity. The 2014 Elk River chemical spill that contaminated the drinking water of 300,000 people brought the struggles that rural West Virginians had faced for decades to white-collar families in Charleston.

If I were to identify a single defining moment, though, it would be November 9, 2016, when West Virginians woke up to Donald Trump as US president and Jim Justice as governor at the same time. Justice, a coal baron, came into office with the agenda of slashing the social safety net in order to drive West Virginians further into dependency on the coal industry for jobs and economic development. With diverging groups that haven't always gotten along finding a common enemy in the new administration, resistance at a grand and unprecedented scale was inevitable.

As one of the states most positively affected by the Medicaid expansion under Obamacare, West Virginia has seen growth in the number of citizens demanding Medicare for All. When Bernie Sanders held a town hall in McDowell County, WV, it was one of the most unifying issues that emerged from the discussion. But outsiders looking to Charleston for inspiration or for political allies in the movement to secure single payer should note that the teachers' victory there was built on decades of long-term organizing in a state very different from ours.

First of all, while Maryland can count on a generally progressive state government to pass laws during Republican presidential administrations, these movements in West Virginia were created in a political environment where short-term change was just as improbable as long-term change. Direct action campaigns by groups like Mountain Justice and RAMPS peaked during the Obama years. These movements were loud, disobedient, and thoroughly radical in articulating their vision for Appalachia's future. West Virginia's teachers refused to compromise on a bad deal with the state government precisely because "no compromise" as a tactic has a long and stubborn history in that state. Activists in deep blue states are accustomed to compromising on our values in return for short-term policy gains at the legislative level. At a time when the financing of our healthcare system requires a complete overhaul, "no compromise" is a tactic we should learn to get used to.

Secondly, Maryland's robust economy and status as one of the richest states in the nation comes in part from the historic supply of cheap coal to our factories and steel mills, while West Virginia remains one of the poorest thanks to the legacy of extraction. It is easy to overstate the likelihood of West Virginians joining this movement in large numbers until activists in more prosperous states make a strong effort to show solidarity with Appalachian struggles. At the moment, most union campaigns for universal healthcare are focused on state-level legislation in richer states. There are already serious doubts to whether a universal healthcare system is possible in Maryland at the state level.

State-level universal healthcare would be impossible to finance in poor states. West Virginians know this and look at activists in rich states with suspicion. The last time outsiders showed up telling mountaineers how to improve their liveswas the War on Poverty in 1967, a legacy that stings to this day. The best way to bring Appalachians into this movement is to articulate a national insurance program that covers all of us - and to show up more when we're asked to. Healthcare isn't just a right for West Virginians: it's a debt that more developed parts of the nation owe in return for over a century's worth of immiseration and plundered natural wealth.