Hunger Games and Hospitals: The Crisis of Medical Crowdfunding

Medical crowdfunding doesn't exist in Canada. If we enacted Single Payer (National Improved Medicare for All, HR676), Americans wouldn't have to compete with each other on the GoFundMe marketplace in order to receive the care that they already deserve as a basic right. 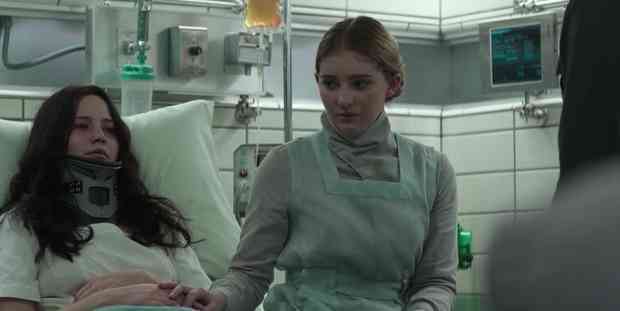 As of the time of writing, a GoFundMe campaign to raise $300,000 for the medical expenses of Micah Fletcher has nearly reached its goal. Fletcher, 21, is the only survivor of the three men who intervened on a racist attack against two girls on a train in Portland, Oregon. The girls were Destinee Mangum, who is Black, and her friend, a Muslim wearing a hijab. A YouCaring page has also been set up to raise money to help them in their recovery:

The girls, 16 and 17-years-old, are suffering immense trauma in the aftermath of this tragedy. Although they survived, their lives will never be the same as they were being the targets of hate... Most importantly, funds will go toward mental health services to ensure their mental and emotional welfare.

The crowdfunding campaign for Micah Fletcher's expenses brought new attention to the growing trend of Americans relying on GoFundMe and similar services to pay for their hospital bills. If even a hero has to raise money to pay off his medical debts, the argument goes, the US health insurance system is messed up beyond belief.

A survivor of the stabbing in Portland has to rely on GoFundMe to pay for medical expenses because America is the best country in the world.

When I saw these tweets, I understood where they were coming from, but they also made me, as someone whose job it is to advocate for single payer (HR-676), feel uneasy. Because you should not have to offer a hero’s tale in order to be given healthcare as a right. You should not have to be someone who defends children against a hate crime in order for Americans to step away from the culturally ingrained attitude that people end up with medical debt or desperately in need of care because of poor choices they made in life.

A study of the crowdfunding campaigns that took place in the year 2015 found that 41% of them were created to cover medical costs. With medical debt acting as the leading cause of bankruptcy in the United States, it is hardly surprising. But it's also definitely not an adequate solution: of medical crowdfunding campaigns, only 11% reach their goal.

Fundraising campaigns rely on internet access, the ability to take good photographs and write compelling text and reach over social networks. Some of the people in the greatest need don’t have the ability to do those things. For every GoFundMe success story, there are hundreds of others who never meet their goals. And thousands more — people in poverty, people who don’t speak English — don’t have access to the platform at all.

In a blog post for Health over Profit in April, Dr. Margaret Flowers brought up a recent article in the L.A. Times that offered advice on how to "sell" your medical crowdfunding page. She noted that "families have to market themselves so that potential donors will find them worthy of living".

The most grating contradiction that Fletcher's Gofundme account represents is not that it has to exist. It's that the marketplace for crowdfunding favors people with social connections, people who can offer a good story, people who come across as not deserving bankruptcy. It's a spinoff of the Hunger Games (The Hospital Games), asking the powerless to compete with one another in order to survive in a society that punishes people for being sick, especially people in marginalized positions. In a society where there are more than enough resources for everyone - they only need to be redistributed.

Even if your name is on national news, that doesn't mean that your campaign is going to reach its goal. Of everyone who survived the Portland attack, according to the crowdfunding market, Micah Fletcher is the person most deserving of our support. Although he stood in solidarity with the girls on that MAX train, the crowdfunding economy positions him as their competition.  On the morning of June 1, Fletcher released a video on his Facebook page in which he challenged what he called "the white savior complex" and asked his financial supporters to help him shift attention away from himself and onto the two girls who survived the attack.

And so, if even national recognition can't break all the barriers to reaching your goal, what can we do to change the situation to make it more equitable, to redistribute the burden that disproportionately affects certain bodies? We can take inspiration from the fact that Destinee and her friend did not have to market themselves as worthy of the risks that were taken to protect them. The three men stepped in because it was simply the right thing to do. In that moment of confrontation we see an example of the way in which we, as a society, should respond, not just to the threat of white ethnonationalism, but also to the violence of our broken healthcare system. We must respond by fighting for a world that is based not on competition but on caring for one another, without reserve, without prejudice, without preconditions. As Fletcher put it,

When a kid gets hurt like that, we as a society, as a world, have a moral obligation to do something about it, and to help them.

If healthcare is a human right, that right must be universally applied to everyone. It’s easy to say that an infant should not be discriminated against in healthcare for being born sick. It’s harder to talk about the barriers to care that are experienced by people who use drugs when they are already written off as deserving of whatever happens to them. It’s easy to point to the case of an uninsured single mother working an 80-hour week on minimum wage when we argue for National Improved Medicare for All. It’s harder to talk about the medical struggles of incarcerated women both during and after their time in prison, or the fact that in the 21st century, we are still seeing high rates of sterilization in women’s jails.

“They didn’t even know me,” Desinee Mangum said of the men who rushed to her defense. “They lost their lives because of me and my friend and the way we look.” Beyond our individual ability to donate to medical crowdfunding campaigns that don't exist in Canada, the best way to celebrate the men who died in Portland is to emulate their actions. In our own advocacy, whether it is related to healthcare, disability rights, environmental justice, labor rights or racial justice, we must communicate that no one should have to prove their own worth in order to be afforded the best possible life, not if we are to call ourselves a truly civilized society.